Crews have extinguished all known fires aboard US Navy warship, The Bonhomme Richard, that burned for four days at its mooring in San Diego. The fire prompted an evacuation and lead to 40 sailors and 23 civilians seeking aid for minor injuries. The Bonhomme Richard is an amphibious assault vessel commissioned in 1998 which has participated in several military operations and appeared in a Hollywood films. The vessel was undergoing routine maintenance at the time and had about 160 sailors aboard, though it normally carries a crew of roughly 1,000. The ship sustained severe damage and the future viability of the vessel will be determined through a formal investigation. 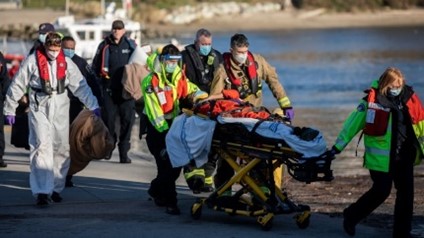